Get Directions to our downtown office

A domestic violence offense will also cause severe immigration consequences. 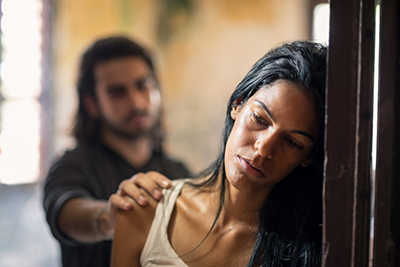 A misdemeanor domestic violence 1st conviction imposes a minimum 2 days jail to a maximum 6 months of jail, a minimum 48 hours to a maximum 120 hours of community service, and at minimum 6 months of counseling. You will also lose the right to possess a firearm. It also carries a fine up to $1000. Domestic violence counseling is a 1 and a half-hour long class which you must pay for. The Judge may further impose other conditions such a stay away order from the victim.

Your second offense in 7 years is still a misdemeanor, but it carries harsher penalties and brings you one step closer to a felony. A misdemeanor domestic violence 2nd conviction has a 10 days minimum to a maximum 6 months jail sentence, a minimum 100 hours to a maximum 200 hours of community service, a fine up to $1000 and 12 months of weekly counseling.

A third offense within 7 years is a category C felony, which carries a minimum 1-year to a maximum 5-year prison sentence and a fine up to $10,000. This felony offense is not probational. Furthermore, one can be charged with a felony, regardless of prior offenses if strangulation or substantial bodily harm occurs.

Even a 1st offense DV offense may become a felony if strangulation or substantial bodily harm occurs.  In cases like these, do not take them lightly even if it is your 1st offense.  You are looking at prison time without probation.

OTHER CHARGES ASSOCIATED WITH A DOMESTIC VIOLENCE

It is not uncommon to see other charges filed against someone who has been charged with a domestic violence offense.  The 2 most common offenses are coercion and kidnapping.  These are both felonies and would entitle you to a jury trial.  A lot of times these are overcharged offenses in order to put pressure on you to plea to the lesser offense, which would be the misdemeanor domestic violence.  This is why it is important to discuss these charges with an attorney to see if there is any merit to them and how to fight the additional charges.

There are various types of defenses when it comes to domestic violence.  A common defense to a DV charge is lack of intent, such as an accident.  Self-defense is another common defense when one if charge with a DV.

The alleged victim is also a potential defense.  It is common for people to lie and allege a battery or assault in order to get revenge or some sort of advantage over the other party.  Proving an alleged victim made the incident up could be a defense.

Also, prosecutors have to prove an actual relationship in order for it to be a “domestic” battery.  If they can’t prove the relationship, then it should be a simple battery at worst.

Read our detailed series, the Anatomy of Domestic Violence Defense below.  Former prosecutor and now defense attorney Michael Anello takes you through domestic violence defense from start to finish.

Recently, Nevada’s Supreme Court ruled that even misdemeanor DV offenses are entitled to a jury trial.  Misdemeanor DVs no longer are bench trials with just a judge determining your guilt.

Since your Second Amendment rights are on the line it is important to hire a firm like ours that is willing to go to trial if needed. Contact us today for a fee consultation at 702-895-9111.

GETTING ARRESTED WHILE ON VACATION IN LAS VEGAS

If someone you know was arrested while on vacation in Las Vegas, click here on how to find and contact the jail.

If you have a bench warrant or an arrest warrant call us, we can file the appropriate motion and start fighting for you today.  For more information of warrants, click here.

Q – How can I fight the TPO (Temporary Protective Order) filed against me?

A – We fight it by showing up in court on the date of the return hearing.

Q – How are TPO’s usually won against a person seeking one?

A – The judge would have to rule that the information in the record after the hearing is legally insufficient to constitute Domestic Violence, Stalking, Harassment or Aggravated Stalking.

Q – What do those things mean? (see DEFINITIONS below)

Q – So how do we convince the judge that the information in the record is insufficient?

A – The same way we win jury trials – through impeachment via cross-examination.

A – Attacking the veracity of a person’s statement.

Q – Is this hearing in front of a judge or a jury?

Q – How long does this all take?

A – Depending on how many other cases/people are there – usually less than an hour.

Q – What is the standard of proof and whose burden is it?

A- It is the Applicant’s burden, and the burden is Preponderance of The Evidence.

Q – What is Preponderance of The Evidence?

A – It is the slightest simple majority – if the judge decides it’s 51% to 49% in their favor, the Order is granted. If the opposite is true, you win.  But typically, Judges err on the side of caution and impose a TPO.

Q – How fast does the judge decide?

A – Almost right away – and the Judge will then put the reasons for his or her decision on the record right after the hearing.

Q – Will losing my TPO be bad for my criminal case?

A – No. In fact, your TPO is a valuable tool to cross examine the alleged victim.  The victim’s testimony may be used at trial to impeach he or she if they lie or the story changes.  You may also learn about other evidence that may exist that was not listed in the police reports, which could become part of your defense.

SUBPOENA – Failure to appear in court for a Domestic Violence Case

Question: Will I get in trouble for failing to appear for a DV case?

Answer: Only if you were properly served with a subpoena, and then willfully fail to appear in court.  –

Question: What is the definition of VALID service of a subpoena?

Answer: There are only two legally-sufficient methods of service:

# 1 –  On MISDEMEANOR DV cases, the subpoenas could be mailed to you, HOWEVER…they we need to be signed for i.e. sent return receipt requested / registered mail. In other words you would probably remember having done this already, if it happened.

# 2 –  Traditional, personal service i.e. A process server or Marshal or Investigator with the DA’s Office knocking on your door, he asks your name, verifies who you are, actually hand-delivers you the subpoena

This is also a good time to talk about what is NOT VALID SERVICE of a subpoena. These things DO NOT create a legal obligation for a person to appear in court.

Question: What if I ALREADY WAS validly served and STILL fail to appear?

Answer: Now you can POTENTIALLY be held in contempt…IF…you did not have “an adequate excuse” (see NRS 174.385)

Answer: That would be for the judge to decide. At this point – I need to ethically make a disclaimer – ***I am NOT ADVOCATING that anyone fail to appear in court – **** You must obey a legal subpoena.

Question: What are the penalties for contempt for failure to appear at a PRELIMINARY HEARING?

Question: Have you ever seen anyone held in contempt?

Answer: No – However, as a former prosecutor I have seen a few hearings. This occurred after a Battery charge was dismissed and a prosecutor (and a judge) were angry. I have seen angry judges really put people on the “hot seat” and put the fear of God into them, so to speak. There are a few VERY good examples of these hearings on Youtube if you are really curious.

Question: What if I actually GO TO COURT, then either refuse to testify, cannot remember etc.?

Answer: After you swear to tell the truth – you are allowed to give any answer you want and allowed to explain, no one can “cut-you-off” during your testimony except the judge. You will be cross-examined like any other witness as to any discrepancies between your current testimony and past testimony (in a police report – assuming they took your SWORN written statement). The prosecutor may ask the judge to treat you as a hostile witness if you make an UNEXPECTED change in your testimony.

Answer: Someone the prosecution (or defense) was EXPECTING to give helpful testimony but UNEXPECTEDLY does not – they give hurtful testimony as to that attorney’s case-in-chief.

Question: Can you give an example?

Answer: Yes – an alleged victim takes the stand after giving a signed, SWORN written statement months ago, at the scene of the incident that they were battered by the defendant. Now, however, they say the defendant was only defending him or herself and that they were the AGGRESSOR.

Another example, from a real case, when I was prosecuting: A former Loss-Prevention Officer at WalMart was scheduled to testify in a theft case I was prosecuting showed up to court, but had since been fired by WalMart. I think he was angry at WalMart because he was totally useless a witness. He said he could not remember anything.

This is solely for informative purposes. This does not create a client-attorney relationship. Always seek legal advice from a licensed attorney.

Excellent Criminal Law Attorney
Adam did an excellent job in his representation of my criminal case. He was honest, supportive and informative all the way through the case. He is everything I could hope for in an attorney. I highly recommend Adam for anyone to use as their attorney.

Traffic Citation
Attorney Adam Graves got my traffic ticket reduced from speeding to illegal parking. Thanks to him I will have a small fee, no traffic school, and no points on my record. I would highly recommend him.

Ticket Reduced!
Adam was great. He spent a little time on the phone talking with me about the options for handling my case, did what he said he would and got the result he thought I'd get, which was a lowered fine by $100 and no moving violation. Very easy process, I'd highly recommend him.